We believe small businesses, especially in the legal and land title industry, have the greatest impact in making lives better, the community better, and the world a better place. 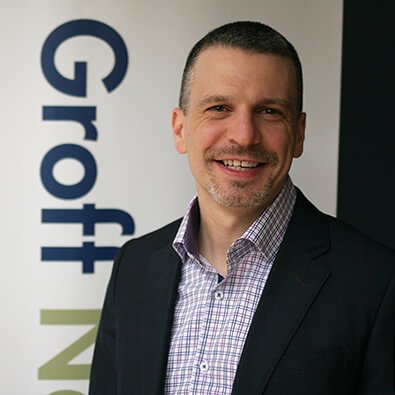 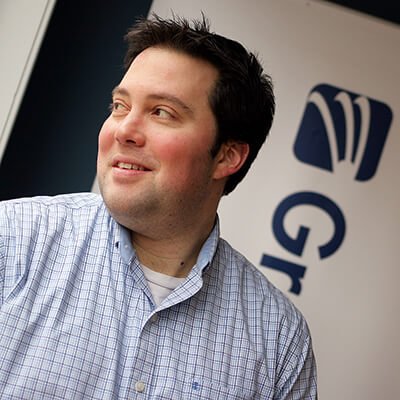 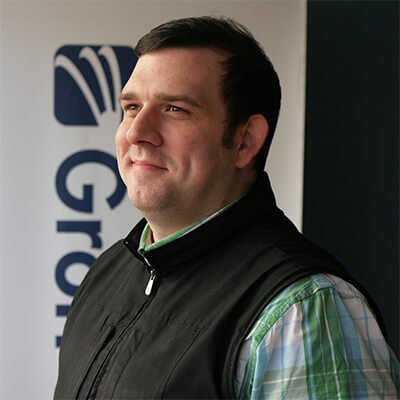 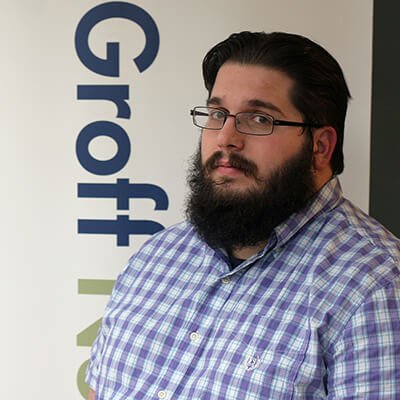 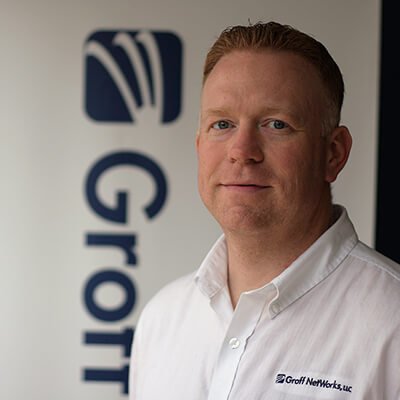 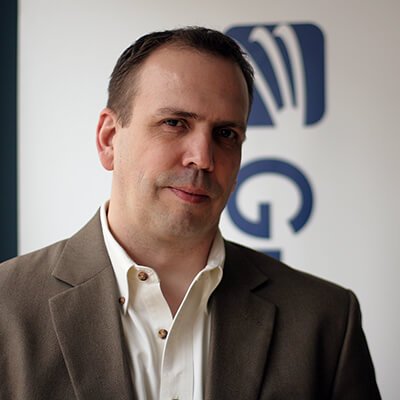 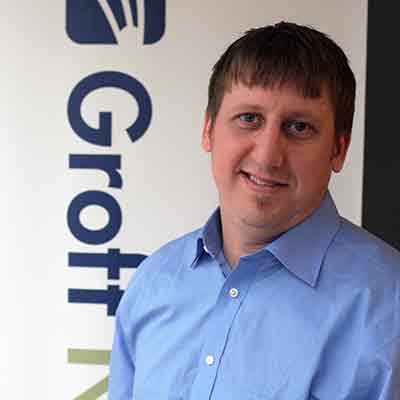 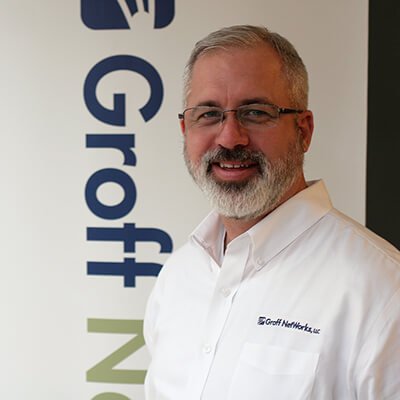 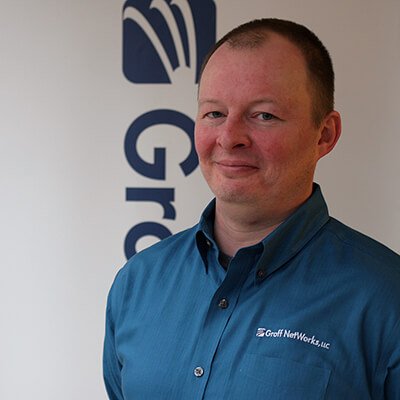 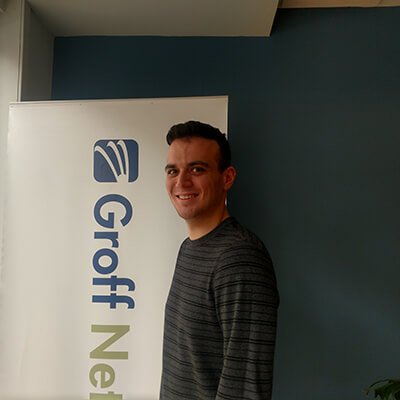 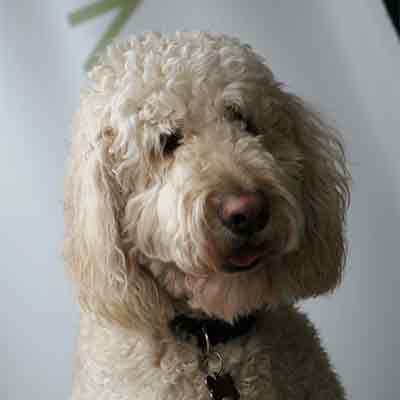 After stints in the corporate IT world, in 2005 Lauren Groff threw down $29 at the County Clerk’s office and formed Groff NetWorks to help local businesses in the Albany, NY area with their computer and networking needs. In those early days, Lauren built the business on a simple recipe: be responsive, friendly, on-time, and honest; what we call having a Servant’s Heart. Today, with a team in two states and clients in five, Groff NetWork’s core values haven’t changed.

As more clients signed up with Lauren, the company expanded. From those early days Lauren worked with Jack Garrett (Groff’s current vCIO) and together the two focused on not just fixing problems but also on finding better ways to help clients with their overall IT needs. Along the way, Lauren acquired three smaller companies and quickly expanded the team. Local businesses took notice and in 2012 Lauren Groff was named to the Albany Business Review’s 40 Under 40, recognizing his business’ accomplishments.

Today, Groff NetWorks is located at 81 Fourth Street Troy, NY, in the old Aronson building, and enjoys the old architecture of Troy’s burgeoning historic downtown with the IT architecture of a managed services networking firm. It’s an embodiment of old-school values with new-school technology. Groff NetWorks is fully committed to its community in Troy, and Lauren serves on several committees and boards to help the area prosper, including the Rensselaer County Chamber of Commerce (where he has led its Leadership Institute) and the Business Improvement District.

Groff NetWorks’ commitment to independent businesses and local non-profits is not just about business, it’s about passion. The entire team believes these types of organizations offer the best way to help employees, their families, and their communities— and Groff NetWorks is passionate about helping others make things better.

“Groff NetWorks has made it much easier for me to stay compliant (With DFS cyber regulations and ALTA Pillar 3). They provide all the information I need from an IT department as part of their normal routine for me to fill out the audits. Also, they have been a great help any time we need to change any technology vendors. They make it easy to switch, by being the “point-person” on communication and coordination. In addition, I can reach anybody any time and day. All of these are just like a fully functioning IT department should be. We have great IT reassurance working with Groff NetWorks.” -Melissa Clement, COO at SMPR Title Agency

“I’d certainly recommend Groff NetWorks to other businesses in the area, especially if they are in situations like us – a small but growing business with an increased reliance on technology. They’ve really allowed me to focus on other aspects of my job that help bring revenue into our business. “

“We’re heavily reliant on our IT systems for all our processes. Everything from order entry, to invoicing, to shipping and receiving, there is a tremendous amount of documentation that’s required and a lot of that is organized through our computer system – especially through our ERP System, which is specifically designed for our industry.

Our former IT involved a lot of my own personal time. It became overwhelming for one person. Now that we are with Groff NetWorks, my staff can bypass me and go directly to the support team. That’s been fantastic because it allows us to really turn around issues a lot quicker than what we were doing previously, saving us time and money. Having Groff NetWorks on board has been amazing.” – Rajat Ghoshal, COO at Polyset Company Inc – Client Since 2014

“There are lots of different things that Groff does for us that are really helpful, number one, obviously, keeping our network operational. It’s very, very important to us…”

“We have about 45 users on it, Mac users and PC users, so it’s a fairly complicated network environment, lots of very, very large files, so keeping that up and running is job one.

At the same time, on the client side, Groff provides great desktop support, using a remote tool that they have in place where, if people are having a problem, they just call up and somebody can remote into their desktop and solve the problem and it works really well.

The thing that we noticed probably the most is that when you have multiple things happening at once, and it doesn’t happen very often, but you might have a couple of people having desktop issues and maybe there’s a network thing that’s going on. Instead of having one individual who has to try to juggle and prioritize all three of those things, you have multiple people at Groff who are really attending to them all at the same time.

I think the staff is excellent. I really enjoy working with them and I really find them to be extremely responsive, both on the network side and on the desktop side.

We really view the Groff team as an extension of our own company. We trust them, we work with them very closely and they’ve done a great job for us.” – David Schultz, President and Founder, Media Logic – Client Since 2012

“I love effective customer service, so the fact that we can reach out to Groff NetWorks, and we can have someone that responds to us in such a respectful, polite way is big”

“Customer service is very, very big to me…

In August 2014, we had the opportunity to submit a grant application through the Troy Savings Bank Charitable Foundation; we needed it for our IT. We don’t speak in IT; we speak in non-for-profit language. So, we reached out to Groff. We successfully received the money, and it had a lot to do with Groff Networks!”

“The thing that I really appreciate and respect about Groff NetWorks is their ability to be sensitive to our conservative budget as a non-for-profit organization, as well as their support of our mission in the services that we provide.” – Daquetta Jones, Executive Director, YWCA of the Greater Capital Region Inc. – Client Since 2010

“With Groff NetWorks, if we have a problem, there’s always somebody there on the line. There’s always somebody that we can talk to, and the issues are usually taken care of within the hour, which is wonderful…I see changes in our culture [since Groff NetWorks]: how we look at our computer systems, computing power, and our computing infrastructure. We were always putting a band aid on something that was bleeding profusely. Instead of that, we’re ahead of the game now. All our computers have been updated, and we replaced the majority of the computers in the store, at a reasonable and agreed upon time table.” – Jesse Pilger, Technician at Fallon Wellness Pharmacy.

“Having the peace of mind and reliability that if our systems go down, we’ll get right back up is priceless. Having any downtime cost us; potential money, customers, lost sales, aggravation and stress. A big part of choosing Groff NetWorks is just having peace of mind and the security that they provide… I like that fact that [they’re] relatively small and we’re important to [Groff NetWorks]. Some companies try to grow very quickly and they lose sight of their customers, they’re more interested in growth. [Groff NetWorks] give us the attention that we need.” – Jeff Schwartz, President of Morris Products.

Questions? Please get in touch 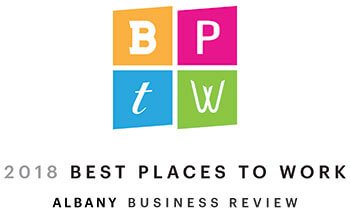