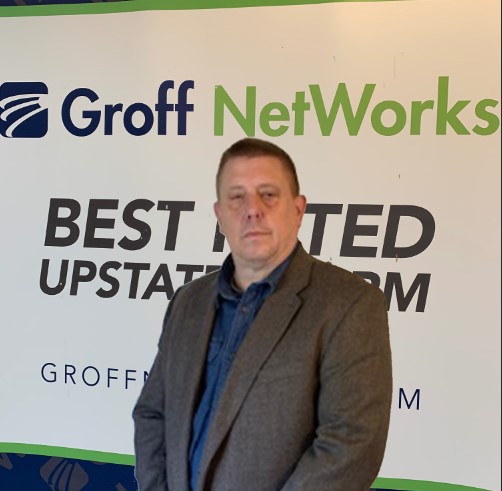 Chuck started with the Groff Team March of 2020, prior to that Chuck ran his own small IT firm and before this, he worked with Sage Computers as a Systems Engineer. He also worked as an IT Coordinator for 17 years at the Arc of Rensselaer County. Chuck spent 22 years in the Navy Seabees reserves where he worked in communications setting up field and satellite communications. During his time in the Seabees, he worked with many types of network communication equipment and has earned many industry-standard certificates in desktop support.

During his time off Chuck Volunteers as NYS NICA (National Interscholastic Cycling Association) as a timing Judge, this is an organization that gets all kids riding bicycles outdoors. He also spends time with his family cycling and hiking the Catskills. He is also a member of the American Legion and St Andrew’s Society of Schenectady.